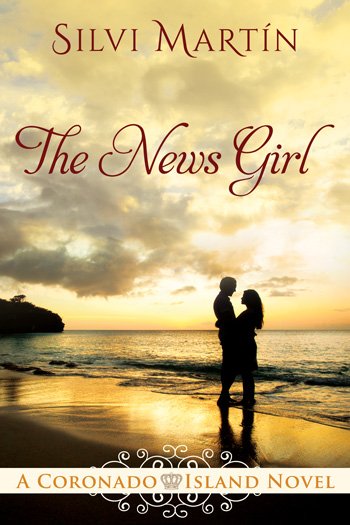 Free-spirited reporter Mia Carrera doesn’t believe in fairy tales or in dating single fathers. After her boyfriend dumps her to go back with his ex, Mia quits her job and moves to Coronado Island. She’s determined to make a fresh start at the local paper and become the star reporter she knows she is, only to discover that her new boss is the heartless man who fired her ten years ago in New York.

Single father Alex Mitchell recently accepted the position of editor-in-chief of the Coronado Eagle & Journal. His stable life is challenged with the arrival of new reporter Mia Carrera, the feisty dark-haired rebel who manages to push his buttons in and out of the office.

When their worlds collide, an undeniable attraction develops between them as they drive each other crazy.

Will the magic of a small island bring them together, or will life pull them apart once again?

“A must read!”
⁓ Irene Baker
“Wonderful, captivating story.”
⁓ Nancy Silk
“Great series! Characters are distinctive and multidimensional. I look forward to the next book.”
⁓ Sharon Sherman
“Such a sweet and wonderful romance. I loved this book!”
⁓ Shelly Pearson
“You will fall in love with each and every aspect of this story.”
⁓ M. Indelicato

Books in This Series

Click the covers to learn more about each book and find retailer links.