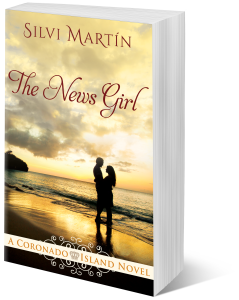 ree-spirited reporter Mia Carrera doesn’t believe in fairy tales. After her boyfriend dumps her for his ex, she quits her job and moves to Coronado Island. Determined to make a fresh start at the local paper, Mia discovers that her new boss is the man who fired her ten years ago in New York.

Single father Alex Mitchell recently accepted the position of editor-in-chief of the Coronado Eagle & Journal. His stable life turns upside down with the arrival of new reporter Mia Carrera. The feisty dark-haired rebel drives him crazy as he fights the undeniable attraction between them.

One Reply to “Book 2 of the Coronado Island series, The News Girl”

This site uses Akismet to reduce spam. Learn how your comment data is processed.

Be the First to Know